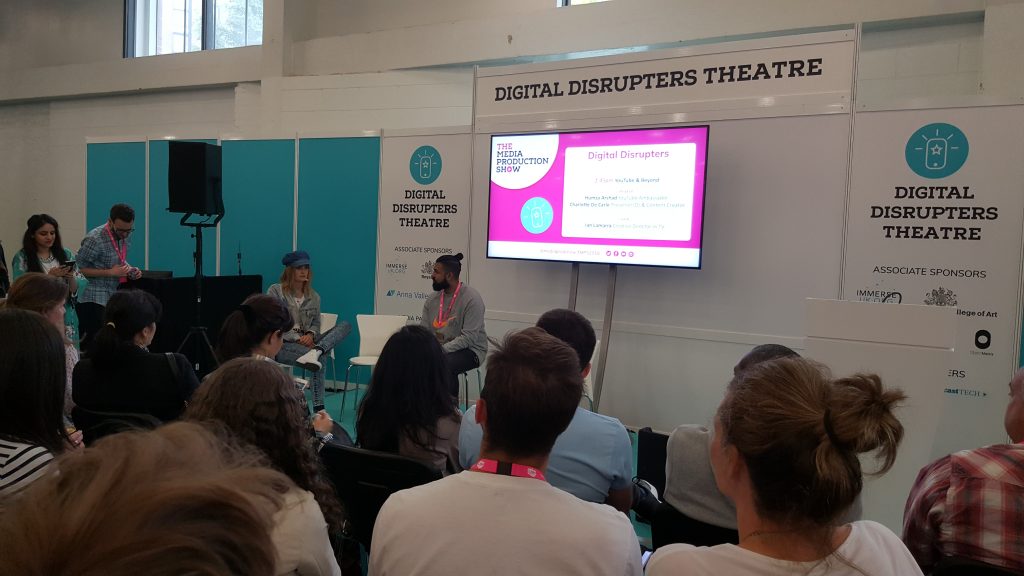 The Media Production Show London is on again. A good opportunity for anyone in the industry whether in entertainment industry or offering corporate video production services to see the latest gear and to hear the experts in their fields speaking about the latest trends, experiences, challenges and opportunities.

The topics don’t seem to change somehow: How can we produce more efficiently in order to be more competitive. Investment in new equipment, software or hardware can mean being more competitive from a cost and quality perspective, but is it still a good return on investment in a fast moving environment? Often investment decisions take time and the technology has moved on.

The exponentially accelerating speed of the technology advance may allow for new experiences of the viewers,  but also for price pressure. What is state of the art today, is consumer quality tomorrow. Not every technology will establish, but missing out on successful technologies has the potential to derail careers.

On the other hand, innovation is key for being competitive. The government could be persuaded to invest in innovation of the creative industry, which brings UK more money than most of other industries. It was not mentioned, but  Brexit may have had a positive effect there. One portion of the new government scheme called Audience of the Future and amounts of £30m goes into education which is good, another supports four big seized flagship projects (each £4m) preferably related to brands or cultural icons with a certain following. The idea is to come up with something tangible and innovative at the same time that also has the potential to  attract more than 100,000 visitors and that serves as example for the industry. Naturally big players have already knocked at the door. Those players may be in the position to pull something off like this anyway. Si, it’s not that kind of structural industry support someone would have hoped for.

And there is YouTube. The very eloquent YouTube star Humza Arshad demonstrates how new technology can be a new opportunity. It can have a very democratic effect as Humza could reach an audience himself while established broadcasting stations wouldn’t have given him a chance as Asian comedian. Now, he is making programs for the established channels, as well, but he still feels that they haven’t fully understood the power of the new media. Humza has done also other social media video productions, but he sees YouTube as his main basis.

YouTube is more like a veteran among the new media and it looks its attraction is undiminished. The slot with Humza was the best visited event of all on the first day. Many other internet giants have already gone or on the way out. (one mentioned snapchat).

The new kids on the block use  increasingly internet, but first of all they are video based. We are speaking of VR, AR and MR. They are not so new, but the market growth has taken off in the last years only. The message of the few corporate video production companies who focus on offering VR, AR or MR services was that everyone can do it with good planning, hard work and an open mind. Sounds easy, but the question remains what happens if more and more companies enter the VR market and the demand saturates earlier as for many the biggest hurdle are still the headsets. Don’t forget, also 3D TVs are almost not available anymore as people don’t like to sit with their 3D glasses on their sofa. Many marketing and promotional campaigns use VR/AR as an add on to their campaigns. It is more about reputation, excitement than reaching a big audience. There is also another reason why it is still not sure whether the new technology will become established mainstream technology like a TV or laptop: So far no one really knows how to tell a story seamlessly on VR.